Last week after months of preparation it was finally time for the first Girl Code, a meetup we organised and hosted for coders and everyone interested in code (yes everyone, all genders were welcome).

Besides working on awesome projects, we’re also invested in making code accessible to all. With our foundation Code Uur (the Dutch version of Hour of Code), we’re working to get programming into the syllabus of all school children in the Netherlands. And we don’t just want to inspire kids to code. We want the world of code to be diverse and we realize the gender gap in tech but also in code specifically is very real. We really think our work can benefit from having more women on board and creating a more diverse working environment, so we’re working on increasing the number of female Q’ers — since last year, the percentage of women at Q has risen from just 6% to 13%, and we’re not done. So when Lieke Boon offered to give a talk at our office on gender bias in tech, Katja came to me and asked: “Can’t we make this bigger than just one talk for Q’ers only?” And so we did. Girl Code was born. We contacted Girls in Tech to reach the right audience via their Meetup group and social media channels.

For Girl Code we arranged for four professional Girl Coders to come give talks and demo some of their work. The goal of the night was to show everyone professional coders aren’t necessarily male and to inspire everyone to get into code in spite of this gender gap. After our own introduction the girls of Girls in Tech talked about their mission with their organisation and why they wanted to be part of Girl Code. After these introductions it was time for the talks the evening was really about. You can find the slides below.

Katja told us about building enrichment pins in Schooltas. Schooltas is an app to have everything you ever need for school in the palm of your hand. Because who wants to search for a book in a dusty old library anyway? In building an intuitive, user-friendly interface, the team noticed a striking contrast with the extremely complex underlying code.To keep the code comprehensible, maintainable and reusable they used the approach of component based programming.

Felienne Hermans “A Board Game Night With Geeks”

A picture of Felienne is what you find when you look up the word ‘nerd’. Instead of just enjoying the rest of a game of Quarto, she immediately pulled out her laptop to get an answer when she wondered if this game could ever end in a tie. Using automated reasoning and SAT solvers, she attacked the game with source code and found out this game can indeed end in a tie. And that was when she could sleep soundly again.

Image manipulation is important in any programming language. So when Erika wanted the most simple thing to deal with images in PHP, she built it herself. It’s called Imanee. There are a lot of tools available online for dealing with images, but “Who cares?”, Erika asked us. Innovation is about creating, and because she has a real passion for creating, she programmed it herself to be the best tool for her needs. With her talk she wanted to inspire everyone to get into code and create.

Lieke closed the night with a talk about the unconscious bias in not only the world of tech, but in almost every aspect of our lives. Don’t think you escape those biases, because every moment in time exposes you to 11 million bits of information and we can only process about 40 bits, so we are all undeniably biased. Test it yourself. She explained the underlying nuance in our daily terminology and how we could counter-program our brains in order to tackle these unconscious biases.

The night was a real success. A lot of of people came out and we really want to thank everyone who did. The discussions were really interesting and are still going. We couldn’t have hoped for a better evening, so who knows? Girl Code could be getting a sequel, so keep an eye on us if you don’t want to miss out! Also keep an eye on us if you want to see the videos of the talks, because those are coming up. Eventually. 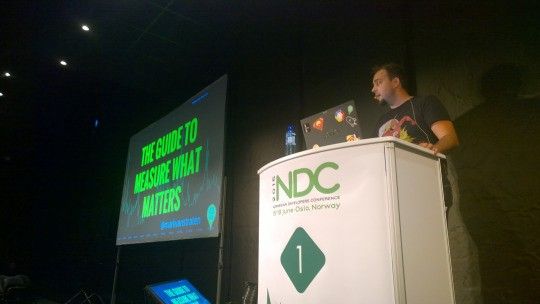 Mark van Straten: This year I was invited to give a talk at the NDC Oslo 2015 about using StatsD to measure your application. Giving a really long talk to 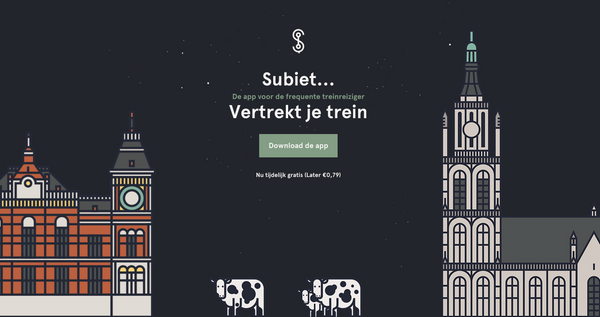