Bookworm Jasper reads because it’s fun. And also because it’s something you can do at your own pace (his pace is fast though, reading every single night). You can let it sink in, understand and learn something new at your own speed. That’s something which can be more difficult with fast podcasts or videos like Ted Talks. Reading is not rare among Q’ers, being stereotypical nerds and all. But Jasper consistently puts inspirational stuff from books into action in his projects. So, that’s why we asked him what he’s read last and what he thinks we can use during our projects. This time it was Catmull’s Creativity, Inc.: Overcoming the Unseen Forces That Stand in the Way of True Inspiration. You know, the Pixar book.

Pixar is the epitome of creativity. Few would disagree. So when lessons are to be learned about the subject, it’s no surprise you want to do that from someone like its co-founder Ed Catmull. And luckily for you, he wrote a book about it. The book uncovers theories and techniques he has used to build up and preserve Pixar’s creative culture. It also shows how he believes these ideas bring out the best in him and all of Pixar’s employees. A revealing look into story meetings, postmortems and ‘Braintrust’ sessions makes this book a valuable manual for managers and everyone who aspires originality and creativity.

Jasper is always on the lookout for techniques to improve the work and collaboration of his team during projects. He looks for practical tools, but he also looks for tools on the human level: the soft skills. How do you approach each other? Bring your team together? Treat problems? Keep everybody interested and curious for ways to innovate? This is an important theme of ‘Creativity, Inc.’, so it would be no shock he took out some points he will be using at Q.

Ok, your last project was an absolute hit. That doesn’t mean you can sit back and relax now. To be and stay successful, you should keep improving. That’s hard. Why should you criticize something that was a success? Why shouldn’t you do it exactly the same next time? To keep improving you have to reinvent the wheel sometimes. Don’t be too proud to question your previous work.

2. Be truly honest to each other

We should all fight for our project together. That’s why everyone should be able to be truly honest to literally everyone. No matter what your role, reputation and relation to that person is. Be it a customer to a developer and the other way around. Or a programmer to the project manager. In this way you’ll get the most valuable feedback on what you’ve built or designed. Feedback you can really use to get better. An example of when more honesty can be very helpful is during demos to the customer. There’s no bad intent, but when you’re proud of what you’re making, you want to show the customer exactly that. Makes sense. But that also means you can unintentionally hide some issues, to fix later. Be proud, but try to hide nothing. You will lag behind because of it.

When Pixar is in the process of making a movie, the team meets daily. But not like your normal Scrum standup. This ‘daily’ takes an hour and it’s all about looking at everything what was made the day before with a critical eye. What’s good, what’s not, what’s their next step and what are they going to adjust? So when the team meets they really dive into the material. This is exactly the opposite of daily standups, where you let your team know what you are working on now, but avoid saying anything in-depth. This inspired Jasper to turn it around. Daily standups can be done via Slack, asynchronously, to keep the team in the loop about process. During the moments the team meets in person, it’s all about diving into the material and giving and receiving valuable feedback.

4. Get it, one level deeper than you need

Sure, you can code without knowing how to build a computer. But we’re sure you agree when we say your code will get better when you know how a computer works. And if you want to code HTML and CSS only, you should be able to code some JavaScript too, to fully understand what you’re doing. In short: if you know a little more than you need, your work will be of higher quality. For this reason, Pixar started Pixar University. The first course they offered was a drawing class, not only for its art directors but especially for its programmers and marketers. During a drawing class you learn to look at the world in a specific way, a way that will help to make your work for Pixar better. Therefore, Jasper’s dream is a Q University, with courses on typography, interaction design, code and writing. It will enrich us and our work in a way you can’t imagine until it’s there.

…research trips. Pixar for example took the Ratatouille team to Paris for two weeks. Dining at Michelin-starred restaurants, tasting haute cuisine, looking in their kitchens, interviewing cooks and taking pictures. They immersed themselves in this world and this provided them with details they could use in their movie that they wouldn’t be able to without this literal look inside the kitchen.

So these are the lessons Jasper takes from Creativity Inc. and is now incorporating in his current project. We’re curious what he’ll be reading next!

Curious about the book? You can order it here. 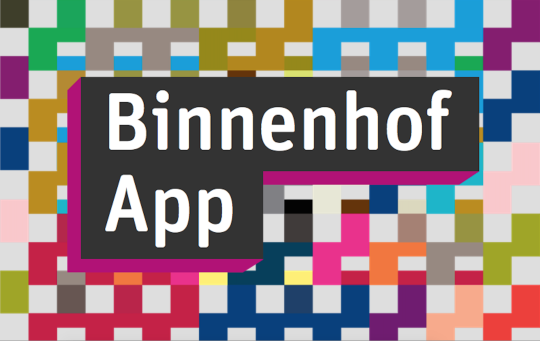 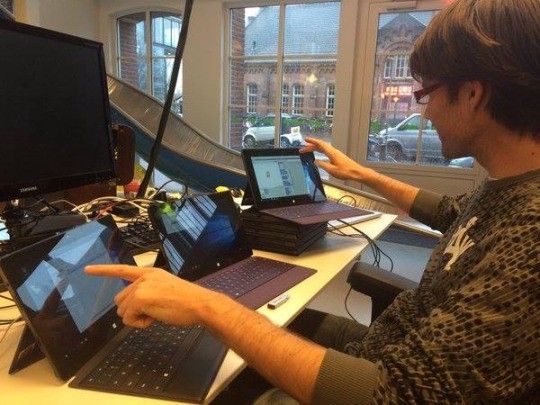