Commissioned by the NTR and together with our friends at Fabrique we built the interactive documentary for the transmedia triptych about Hieronymus Bosch by director Pieter van Huysteee. The documentary is called ‘Hieronymus Bosch: The Garden of Earthly Delights’ and affords you to discover this painting in more detail than ever. To be able to discover this image of extremely high resolution, a new engine to zoom and scroll over the painting smoothly had yet to be developed. This engine is called Micrio.

Triptych of a triptych

2016 is the year that Dutch town Den Bosch celebrates in the name of Hieronymus Bosch. Not without reason: this world famous master painter died exactly 500 years ago. For this occasion several directors, dancers, designers, componists, art historians and other creatives let Bosch inspire them anew. Director Pieter van Huystee was one of those re-inspired creatives. In collaboration with the NTR he produced a transmedial triptych about Bosch: a documentary, a VR-experience and this interactive documentary which Marcel, Michiel, Tim and Silvy built.

The triptych The Garden of Earthly Delights was extraordinary back in the days because of its almost infinite details. And it has never lost this extraordinarity. Every time you look at this painting again, you will discover and stumble upon new creatures and stories. Because we have built the documentary in Micrio, you can now discover the painting in even more detail than at the Prado in Spain from behind the little fence they’ve put in front of the painting. We worked close together with the NTR, Pieter and music componist Paul M. van Brugge to develop the interactive tour next to the ‘freely explore’ option. The voice of Redmond O’Hanlon guides you through the painting to explore the deepest details and gives you information about the mysterious symbolism behind the strange creatures in this Bosch painting. We’ve also built a (Dutch) Klokhuis-tour for children. You can rediscover this painting here.

We have worked with big images before for the Rijksmuseum. But, the hi-res image of ‘The Garden of Earthly Delight’ is so extremely big (120.000 x 70.000 pixels) you can’t even download all of it at the same time. That’s why we had to think of something new. Marcel got inspired by this fact and came with Micrio: an online viewer for extremely hi-res images. At the core Micrio is a HTML5-library that streams the biggest images of the internet with minimal effort. From the start it’s developed with performance and minimalism in mind. Because the streaming should be extra smooth on smartphones, tablets and retina-screens too. To make sure a visit to the triptych doesn’t use up all of your mobile data, data usage has also been successfully minimized.

Micrio has already provoked some attention of its own. At this moment it’s being implemented in several projects we’re working on and it’s already implemented in the renewed website of Museum de Lakenhal. It was on show at Border Sessions 2015. And several Q’ers have built an open image service around it (Dutch article): the Micrio Dashboard. All in all it took a full year to take it from the first prototype to the full blown stable version it is now. How such a simple thought as “This has to be better!” led to a tool that’s now running in several of our Q-projects, is something Marcel hasn’t expected: “This journey has been really cool! I wonder where it goes from now.” (If you have any extremely hi-res images laying around don’t be shy to upload them to Micrio or get into contact with us!)

But for now! Please enjoy the interactive docu and Micrio in ‘Hieronymus Bosch: The Garden of Earthly Delights’.

You might have read this article before. That’s very well possible. Almost two weeks ago we posted the exact same post in Dutch with the launch of the documentary. Since then the interactive documentary has gotten more views and attention we could have possibly hoped for. In just one week the site has reached more than 40.000 views already, after two weeks more than 100.000 and after being on the front page of Reddit since last night we’ve passed 200.000 views. Not only Reddit picked up our interactive documentary, a lot of people are talking about it on social media and several blogs posted articles about it, Colossal for example. The attention thus isn’t only Dutch anymore so we thought it would be helpful for our international audience to translate our piece in English. The picture below is of our extremely proud Marcel, the creator of Micrio, who after a tip it being posted on Reddit last night, is watching on his phone how ‘The Garden of Earthly Delights’ gradually reaches the frontpage. 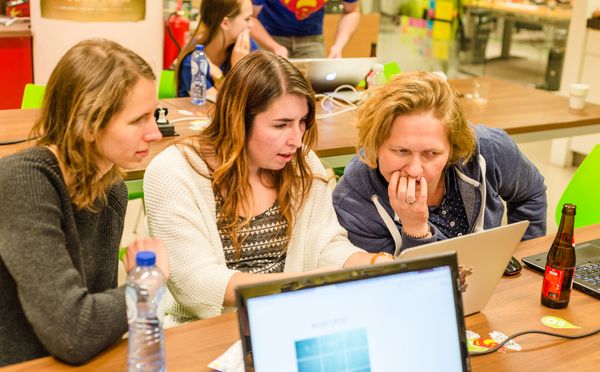 Last week Girl Code decided to shake things up a little. Instead of your regular talks only meetup; Ineke, Katja and Kristin organised a hands-on meetup to take place at 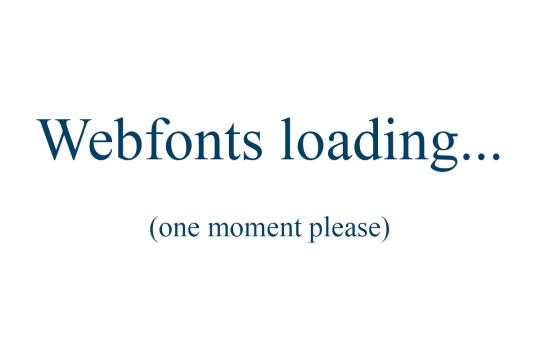 For a project for our client Staatsloterij we use two variants of the Google Font Montserrat. Those had to be included in a webpage. How hard can it be? I